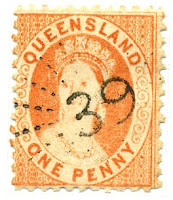 I have finally, after a month and eight days, lost a new lb!  It may only be one so far, but it's sure to be more!  I had about 10 evil gained lbs to lose from my gluttonous month (new relationship and a huge love of Haribo = fatty Mari).  To reach a new low is a wonderful, fabulous thing, so I do not care that it is not weigh in day and that today was the first day I saw the new number, I'm taking it as mine!

Almost at the 40lb lost mark!  I had wanted to have lost 40lbs by my 4 month anniversary which was 13 days ago, but alas, I had a month of eating like I hadn't a care in the world, and I haven't been to the gym for a month either.  So I am lucky to be where I am.  I also kind of feel humbled by it.  My latest fill is kicking my arse, and I'm slowly learning what I can and can't eat, discovering the my band is tighter in the morning, that it's not a good idea to eat anything before having a nice hot cup of tea and to STOP! as soon as I feel full or I will PB.  There have been many pb sessions this past week and a half but they are getting less frequent as I adjust to a completely new, very slow, very minimal way of eating.  But it's great.  What I wanted was to not be able to eat as much.  And I really can't eat as much as I would love to be able to sometimes.  Hopefully this support will get me back on track.  My goal for tomorrow is to get back in the gym.  I've got to.  I miss it.  But I'm kind of scared of how much my fitness levels may have slipped back.  You may remember that a couple of months ago I managed to run for 11 minutes straight.  Not sure I'll be doing that tomorrow, but I'm aiming for 5 minutes.  I think a lot of it is psychological.

Was lovely to hear from you all in your comments on my last post, thank you - and hopefully, gradually, you'll be getting comments from me.  Big love x
Posted by Mari at 00:20 4 comments:

Well hi angel faces!  I haven't blogged for a month.  There is definitely a correlation between not blogging and weight gain - I don't know which comes first, it's a chicken and egg situation.  A gain can stop you blogging, but not blogging can lead to a gain.  Anyway.  I pledge to blog again, and not let even a week, let alone a month go by.  I miss you all and often think of you.  I have been reading sporadically and I feel guilty for missing your posts and not being up to date with your lives.  But I am back to reading and will be commenting to the max!!

So, I must confess, I gained big time over the last month.  I just lost focus, band was loose, was eating chocolate, sweets, biscuits, popcorn, white toast with butter and jam for breakfast every day, just everything I shouldn't have been having and in huge quantities.  It's like I couldn't engage my brain even for a second to stop myself, I couldn't get any distance or perspective on what I was doing and was just swept along with this wild food fest.  I suppose my routine is readjusting at the moment, I'm spending about four nights a week with my boyfriend and I'm a bit all over the place.  I just need to take back control of my eating.  It's my responsibility and I can't just let it fall my the wayside because it's not convenient.

Having said all that, I had a fill on Wednesday, I got 1ml taking me up from 6ml to 7ml.  Oh dear oh dear I think I'm too tight.  Before leaving the clinic we have to finish a glass of water and a tea or coffee.  Well they went down ok, a little slow, but I wasn't worried.  Then tried some soup for dinner, about four hours later, managed about 4 spoonfuls until I realised it wasn't going anywhere.  I felt uncomfortable and then later found myself over the sink, slime and soup coming up - yuck yuck yuck.  About two hours later I tried some light hot chocolate which also came back up.  The next day I had soup which stayed down, albeit only a little bit, tea was fine, managed a bit of a protein shake.  Then stupid me, had to try a little tiny weeny piece of a Cinnabon Classic (there's just one or two stores in the UK and my boyfriend loves them so I got him some when I was in London for my fill), it was such a small piece - stupid me - PB!!  Then yesterday I managed to have some very mayonnaise-y tuna and five slices of cucumber - I went really slowly, chewing really well, and that stayed!!  But then went to dinner at my boyfriend's Dad's house where the food wasn't in my control, they served chicken curry with rice, I ate a tiny bit of the curry and felt so rude for leaving almost all of it, it was the first time I'd met his Dad!  Then tried to have a bit of lemon crumble for pudding and nope no good.  So during the evening, I had to go and PB three times, it was awful.  Two of the times, I felt saliva start to well up in my mouth and I had to race off to the bathroom.  It's so frustrating.  This is the first time I've PBd and it's in some ways not as bad as I thought it would be, but it's also dreadful, it's such a weird feeling, particularly after my month of gluttony, not to just be able to pop something in my mouth.  I've put myself back on liquids today and if it's no better by Monday I'm going to book in for an unfill.  Obviously I'm reluctant to do that, it feels like going backwards, but at the moment I'm barely getting in 600 calories a day, I feel weak and I just want to eat something!  Any advice would be very welcome.

During my month of gluttony, at my highest, I'd gained 10lbs, but I'm now only 2lbs above my highest, putting me at 211lbs.  I'm so ready to start seeing some new low numbers, it really screws with your motivation when you don't lose.  I think I've been in a love bubble.  Things are going so well with my boyfriend, we had a wonderful Valentine's Day in a hotel, he told me it feels crazy because we haven't been together that long, but he thinks I'm definitely the One!!  He is incredible!

Mari
I'm 24, living with my darling boyfriend and studying at university in lovely little England. I had lap-band surgery on 15th October 2011.